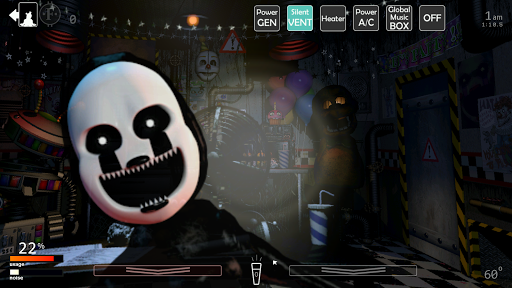 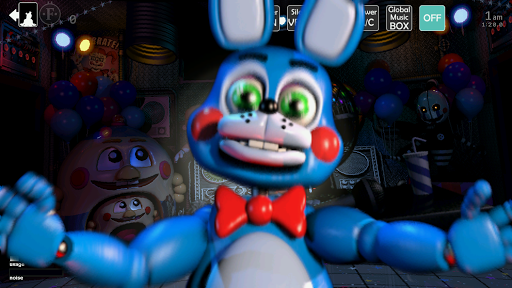 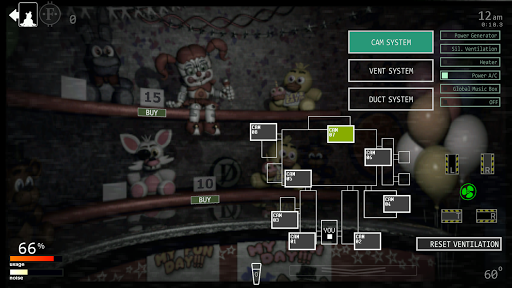 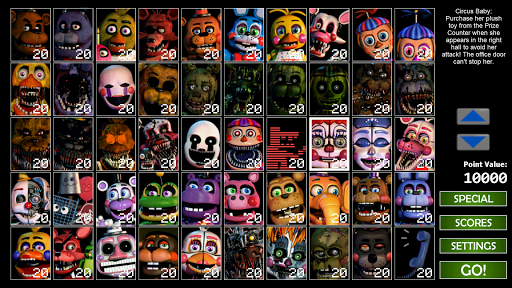 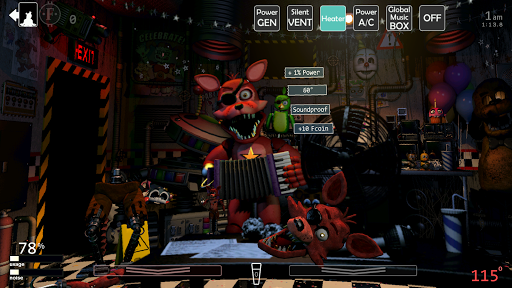 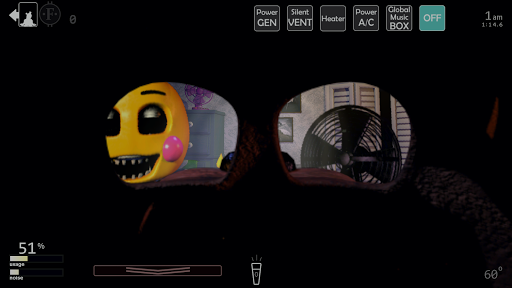 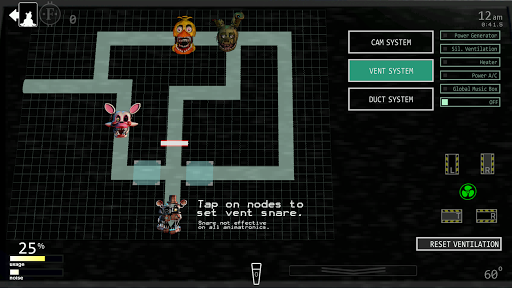 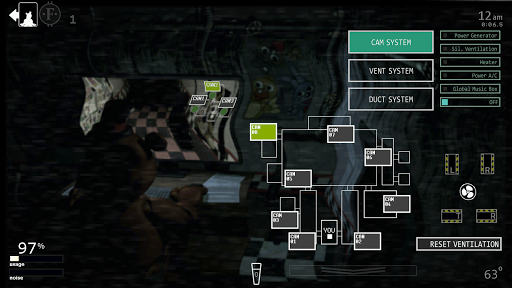 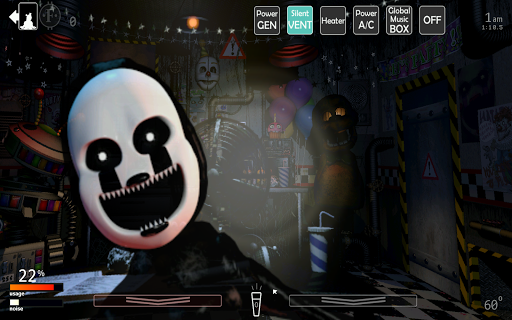 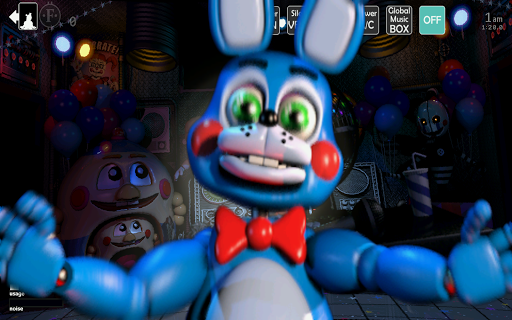 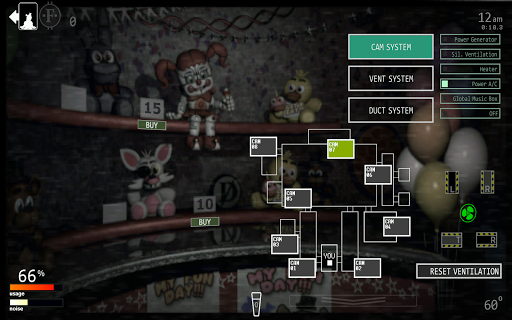 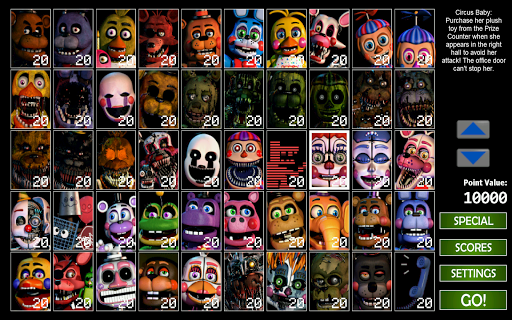 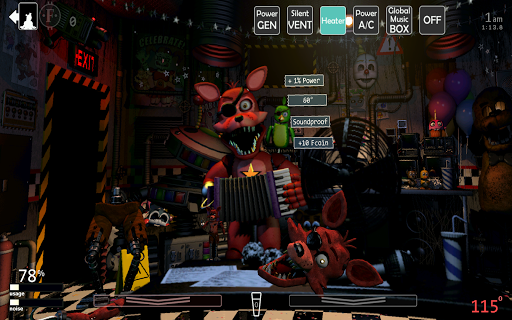 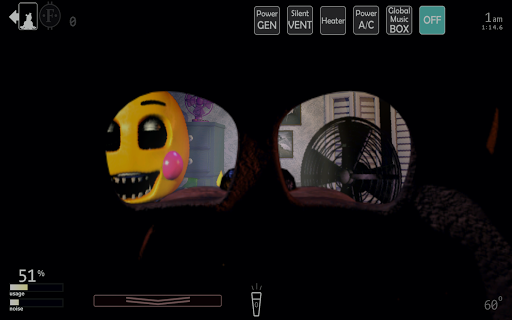 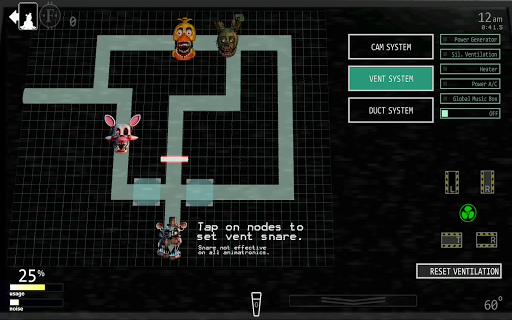 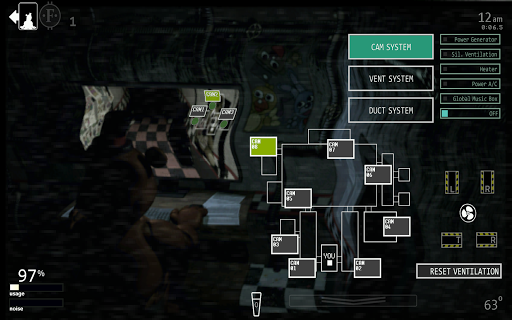 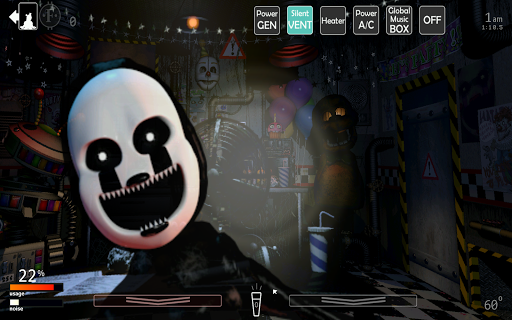 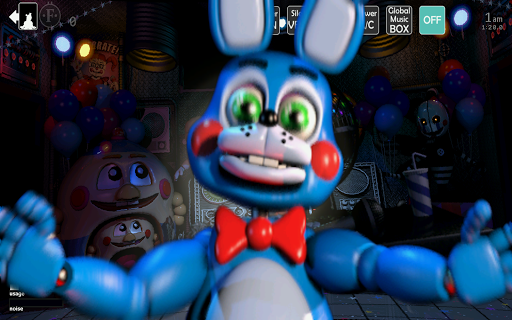 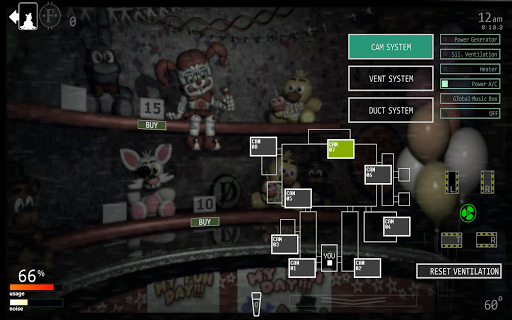 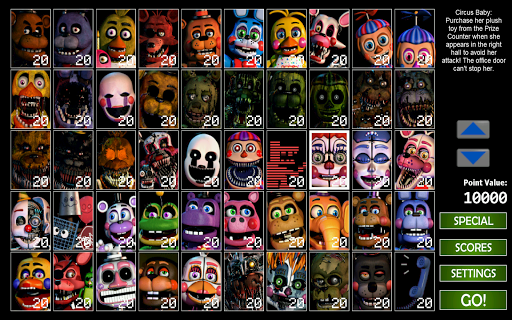 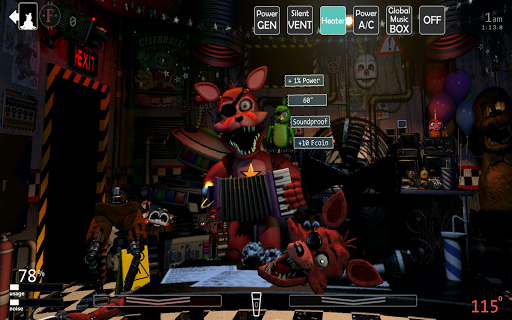 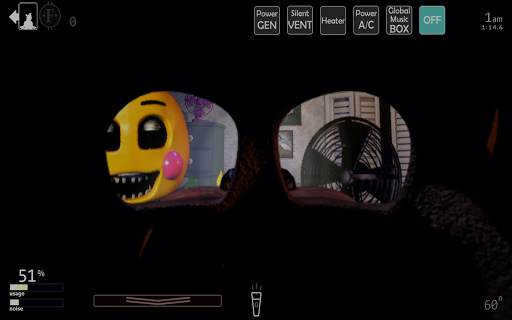 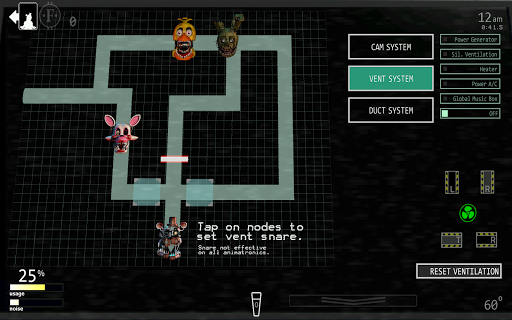 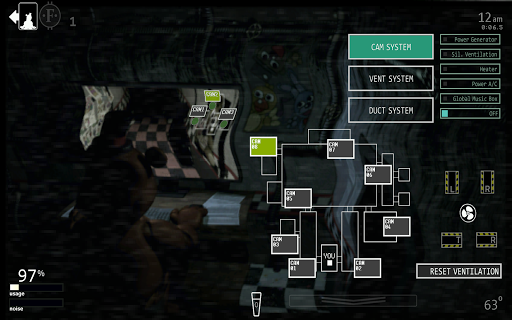 NOTE: A device with at least 2 GB of RAM is required for this game to run properly.

Welcome to the ultimate FNaF mashup, where you will once again be trapped alone in an office fending off killer animatronics! Featuring 50 selectable animatronic characters spanning seven Five Nights at Freddy’s games, the options for customization are nearly endless. Mix and match any assortment of characters that you like, set their difficulty from 0-20, then jump right into the action! From your office desk, you will need to manage two side doors, two vents, as well as two air hoses, all of which lead directly into your office.

This time you will have to master other tools as well if you want to complete the ultimate challenges, tools such as the heater, A/C, a global music box, a power generator, and more. As if all of that weren’t enough, you’ll also need to set up laser traps in the vents, collect Faz-Coins, purchase items from the Prize Counter, and as always, keep a close eye on not one, but two, Pirate Cove curtains!